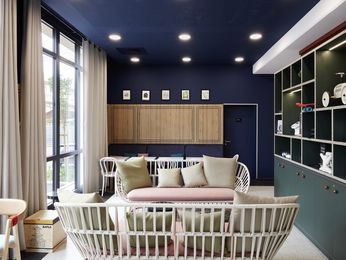 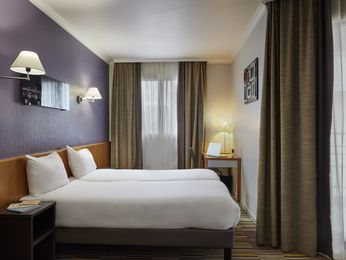 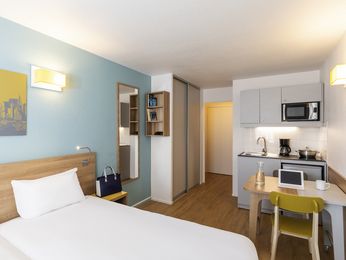 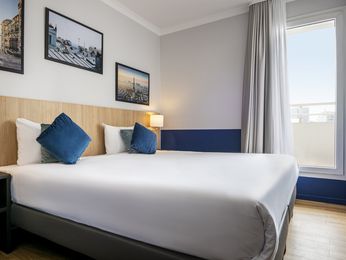 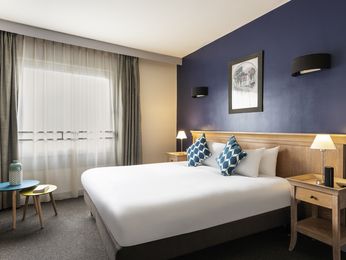 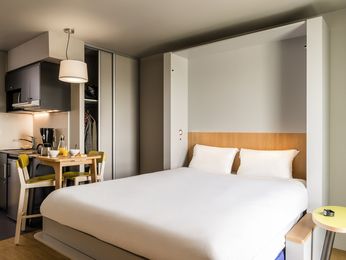 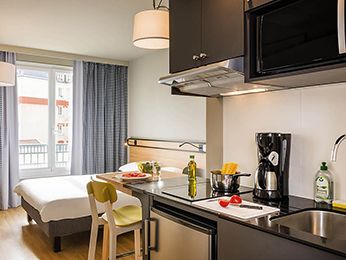 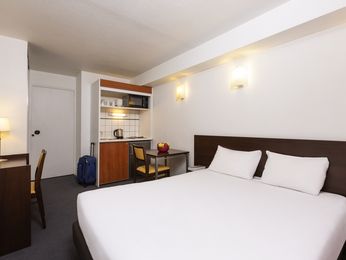 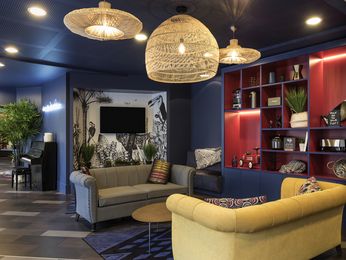 All the apartments are equipped with television, telephone and broadband internet access and offer exceptional value for money. The kitchens are fully equipped with all the required utensils, a fridge, dishwasher and microwave, a coffee maker and there is WiFi throughout the room. All units are air conditioned, have a bathroom with hairdryer, a seating area and a work area. La Defense is a great location to visit Paris and any of the Aparthotels are ideal for a weekend break, long trips of a month or more or for business travellers who want to be able to relax at the end of a busy day.

Probably one of the best known capitals in the world, Paris offers something for everyone. The La Defense district hosts most of the tallest skyscrapers in Paris and is in the heart of the business district. Culture lovers will be captivated by the art galleries, such as the Louvre and there are several Opera houses. The hotel is situated just minutes from the beautiful Bois de Boulogne to the north west of Paris. The La Defense station on the Metro will take you in minutes to the heart of the capital. Without changing lines, you can access Place de Concorde, Champs Elysee, Louvre and the Tuileries, one of Paris' most beautiful gardens. On the Metro it is really easy to access any of the other wonderful sights that the city has to offer. Have a walk (or ride) up the Eiffel Tower, go to the Opera or take in some of the other fascinating museums and art galleries that abound in the city. The other side of Paris is its cuisine. Famous for its many pavement cafes, top class restaurants and bistros, there is something to suit everyone's palate. If you want to try something decadent, try an orange juice, butter and sugar-filled pancake flamed with Grand Marnier - the famous Crepes Suzette!

For fans of culture, the Paris la Défense Arena stadium venue is just a stone's throw away

Our various Adagio apartment hotels at La Défense are all ideally located in easy proximity to the Paris la Défense Arena, which stands close to the Grande Arche and is Europe's largest covered event and exhibition space. First opening in October 2017 with a special concert by the Rolling Stones, this brand new complex is designed for use as a venue for shows, sports events, and conventions and seminars. With its 40,000 capacity and its audience seating arranged in the form of a U – hence its name – the Paris la Défense Arena has now become an established and integral feature of the La Défense business district. A formidable and unequalled asset in terms of providing both a tourist and a cultural attraction, it can be reached in just a few minutes from our various Adagio apartment hotels at La Défense.

Multi-use and flexibly designed, this ultra-modern structure can be adapted to host many different types of events, such as concerts and French Top 14 rugby matches. In fact the Paris la Défense Arena actually serves as the home stadium for Parisian rugby club Racing 92. And casting an eye to the future, it will also be the venue for the gymnastics events at the 2024 Olympic Games in Paris. For sports or music fans who want to be free to relax and fully enjoy events at the Paris la Défense Arena with complete peace of mind, the Adagio aparthotels La Défense Esplanade, Puteaux, Kléber, Le Parc, Léonard de Vinci, Courbevoie and Place Charras are the perfect places to stay!