All Adagio aparthotels in Lille: the services of a hotel, the freedom of an apartment for your stay in Lille

All our apartments in Lille 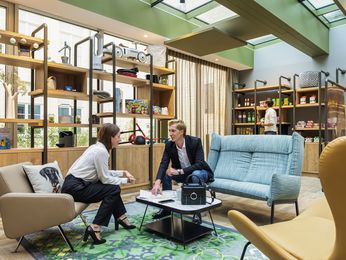 You aparthotel in the hear of Lille 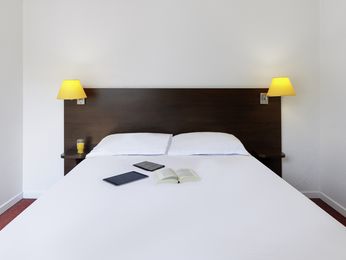 Experience a home away from home: Enjoy the comfort of an Adagio Aparthotel.

Adagio Aparthotel in Lille is located in the vibrant neighborhood of Vauban, situated near the university campus close to the centre of the city. Our serviced apartments are within walking distance of Lillle's shopping district, Lille's old town, the Lille zoo and Boulonge Park. Adagio's contemporary and stylish flats to rent offer a wide of amenities, including an office workstation with wi-fi internet access, telephone, laundry facilities, fax and private car parking.

Adagaio Aparthotel In Lille has 69 apartments with rooms which can cater for up to 4 people. Adagio's chic, modern apartments each have a lounge, furnished with sofas, giving you an area to fully relax whilst on your travels. Moreover, Adagio's serviced apartments also have a fully-equipped kitchen, which allows you the comfort, freedom and independence that one would normally associate with a rental property. Adagio Aparthotel in Lille is an ideal base for those wanting to explore this beautiful city, whilst enjoying the comforts of home. Making an Adagio serviced apartment the perfect choice for those not wanting to miss that early business meeting, or those on a romantic weekend break, or anyone spending summer holiday with the family.

Experience one of France's most underrated cities with a stay in an Adagio Aparthotel in Lille.

Lille, is a beguiling city, one can get lost for hours within the neo-classical splendour of its architecture, and then be drawn to the singular Flemish Baroque of the Old Stock Exchange which stands out in the main square, the Place du Theatre.Close-by at the Place de la Nouvelle Aventure, is The Marché de Wazemmes - the open market - open every Tuesday, Thursday and Sunday morning. Here stalls sell everything from groceries, to books and suitcases to shoes. It's a proper 'flea market,' but in a French-style and should not be missed! Lille also has the benefit of being one of those cities where everything really worth seeing is in walking distance, essentially it's the ideal destination for weekend city breaks at an Adagio Aparthotel. Many of the main attractions, such as the Museum of Fine Arts, containing some of Europe's greatest masterpieces, being literally 5 minutes walk from the Museum of Natural History. For those interested in art, the LAM - Lille Art Modern Museum which has gained notoriety is worth a visit, and it's just a 15 min bus journey outside the city to Villeneuve-d'ascq, a suburb of Lille. For those who like to party, La Braderie is a street festival held every September, which draws hundreds of thousands of people to Lille. The street festival provides everything! Artwork, antiques, furniture, and there is also a sound-system which provides music for a street party and an event not to be missed.