All our apartments in Jeddah 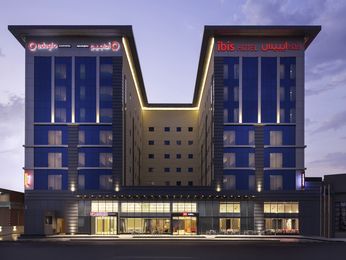 Within minutes from business quarter

Enjoy the comfort of our aparthotel in Jeddah

The first tower in history to rise more than a kilometre in height, the Jeddah Tower is a symbol of power and splendour. It takes its place in the lineage of the most vertiginous and impressive skyscrapers of the planet, today represented by the twin Petronas towers of Kuala Lumpur in Malaysia, or the Burj Khalifa tower in Dubai which is currently the highest in the world, culminating at a height of 828 metres. In fact it's the American architect Adrian Smith, to whom we owe the latter prodigious achievement, who designed the Jeddah Tower.

So, the Jeddah Tower will be officially the highest and most majestic skyscraper on earth. It will have a total of two hundred floors, served by fifty-nine ultra-high-speed lifts, which will travel on average ten metres per second. Performance and efficiency are amongst the key aims driving the construction of this immense tower.

During your visit to Jeddah, why not pay a site visit to the Jeddah Tower, to admire the work in progress, see its construction, and imagine the end effect when finished. The Jeddah Tower is already thrilling those who come to see and admire it, because it represents one of the most amazing achievements of Man: the conquest of the sky through architecture.

The final design of the Jeddah Tower is for a skyscraper ending in a sharp arrow pointed to the heavens. A point that will rise so high it will give the impression that it has pierced Saudi Arabia's dazzling blue sky.