Discover the island of Tascon in the Gulf of Morbihan. Tascon Island can be visited from Saint-Armel, accessible on foot from an 80m roadway.

All our flats in Vannes & Plescop 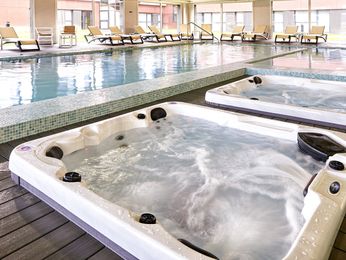 The Gulf of Morbihan is a fantastic natural refuge. It offers a wilderness beaten by the winds and the Atlantic Ocean as a backdrop. This area offers many islands accessible to visitors in search of the Breton ambiance, inclduing Tascon Island, the third largest of the Gulf.

The 55 hectares of surface area on the island of Tascon play home to a generous herd of Charolais cows, rabbits, donkeys and several thousand birds (nesting in their natural reserve) among other representatives of the local fauna. The island is a delight to both ornithology enthusiasts and lovers of the animal world in the broadest sense. Its reefs rich in shells (clams, winkles, etc.), walking paths and cultivated fields dictate the landscape of this small piece of land so close to the continent and yet so wild.

Inhabitants the epitome of insularity

8 inhabitants reside on the island year round (and a few others own a second home there), most typically represented by the farming couple who own half of the land and enjoy their land in harmony with the animals that inhabit it.

Watch out for the tide!

The island is accessible on foot at low tide via the Rhuy Peninsula. You can also get there by car, via the Rodu passage. Don't get trapped by the tide, which always arrives earlier than expected and rises faster than you think! It offers you a 4-hour window to walk around the island and get your fill of sea air - enough to top up your energy during your stay in an apart hotel.