All Adagio aparthotels in Normandy: the services of a hotel, the freedom of an apartment for your stay in Normandy 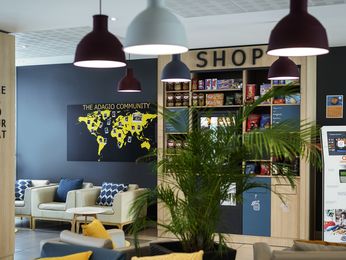 Consequently, our Adagio Aparthotels provide all the facilities required for those on a business trip as well as those on a longer-break. Our serviced accommodation also provides fully-equipped kitchens, allowing you the independence and freedom that would be expected in a private rental property.

The Norman coast is full of breathtaking sceneries, from the white cliffs of Etretat and the beaches of the Cote de Nacre. To the wild and rugged landscapes around La Hague, and the long stretch of sandy beaches that lead south to the Mont-St-Michel, the Norman coast certainly has a great deal of natural attractions. Those interested in history may wish to visit the D-Day landing beaches of Omaha Beach and Utah Beach, and there are also the historic harbors of Barfleur and St-Vaast which are often bustling and lively, as is the old city of Honfleur. For those who prefer a city break, Rouen have much to see and do. Rouen also has much for those on a weekend city break, with a 4th century medieval cathedral, which is a breathtaking building of a mixture of various architectural styles. The front of the cathedral was painted famously by Claude Monet at various times during the day, capturing the Cathedral in a variety of lights. In the summer after dark the city puts on a light show projecting Monet's cathedral paintings onto the facade of the cathedral itself, which is worth a trip to Rouen alone to see! There are also many biking trails throughout the woodland surrounding Rouen.This shows that there is something for everyone visiting an Adagio Aparthotel in Normandy.