All our apartments in France 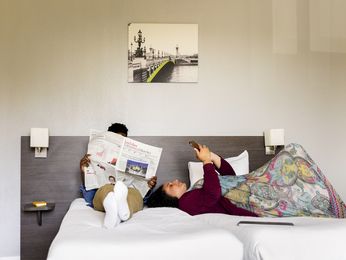 France is a land for gourmets. It has a rich heritage of cheese, wines and spirits, speciality breads, foie gras and truffles that have evolved over the centuries. In general the 400 odd French cheeses can be segregated into 8 categories: Fresh cheese like Petit Suisse, soft cheese with a natural rind like Brie, soft cheese with a washed rind such as Reblochon, pressed cheese like Cantal, pressed and cooked cheese like Emmental or Gruyere, goat’s cheese like Crottin de Chagvignol, blue cheese like Roquefort and processed cheese such as Boursin. The names of some of these are world famous and each one has its own distinctive character and flavour.

Tasting French wines and spirits is a voyage of discovery. Each wine is as different as the land that the grapes grow on. Bordeaux is the largest wine growing region. Centred on Bordeaux and contained within the Gironde department, it has a total of 120,000 hectares of vines. Nearly 90% of its production is red wine but there is a small amount of sweet white wines (most notably Sauternes) and some rose and sparkling wines. The Haut Medoc area produces some of the most sought after wines, such as Chateau Beychevelle or Chateau Margaux. Armagnac and Calvados brandies are produced at opposite ends of the country. Armagnac from the plums in the southwest and Calvados from the apple orchards of Normandy. There are also some delightful regional fortified wines such as the red or white Floc de Glascogne, which is made with Armagnac.

The French love to match what they are eating to what they are drinking so that each flavour complements the other. Foie gras is another southwest regional speciality produced from the local ducks and geese and it is often drunk with a sweet wine like Muscat. Of course, you can’t visit France without trying croissants, pain au chocolate or brioche for breakfast. Just about every village in France has its own bakery (or boulangerie) producing its own variation on these delicacies as well as breads like the long, thin crusty baguette or the round “couronne” or crown. The black or Perigord truffle is the one most widely available and is harvested from late autumn through to the end of winter. Truffle markets spring up in most towns around the Perigord area after Christmas, where you will see hundreds of kilos of these amazing fungi for sale.