The Tierpark Lange Erlen in Basel is a park that covers around 20 hectares. It borders the south bank of the Wiese River, in an alluvial forest that gives it its name.

All our apartments and studios in Basel 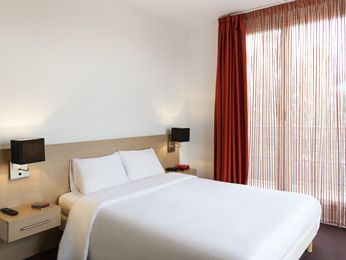 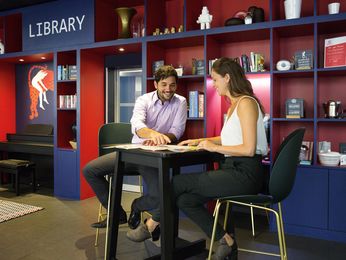 Basel's charm attracts numerous visitors, as much for the many museums in this cultural hub as for its historic heritage. What's more, the Lange Erlen wildlife park is the perfect place to enjoy a nature excursion when visiting this romantic city.

Basel's Tierpark Lange Erlen is only 2.5 km from the Apart Hotel Adagio Basel City and can be reached by public transport in 20 minutes. The park covers around 20 hectares in the city of Basel itself. It borders the south bank of the Wiese River, in an alluvial forest that gives it its name.

This wildlife park should not be confused with Basel Zoo, which is located on the other side of the Rhine.

The Tierpark Lange Erlen is an authentic wooded park with about 450 species of trees. You can explore them all, from weeping purple beeches to sequoias. The park provides the perfect opportunity to relax by the river or enjoy a stroll through the forest. Its natural environment means it's home to large species such as deer, fallow deer and wild boar. Not forgetting animals that are rarely observable in an urban environment such as the wild cats and lynxes that populate the forest. Domestic species are also found from guinea pigs to donkeys, sheep, rabbits and ponies that live in open enclosures.

The park also has large aviaries that are home to numerous bird species. There are also species that freely roam the park's lawns and ponds: swans, geese, ducks as well as herons, peacocks and storks are easily observed.

Note: entry is free and the park is open every day of the week.

You might be interested in
Basel Zoo
Vannes Aquarium
The Fakieh Aquarium of Jeddah
Visit Zolli, the Zoo of Basel