Visit the Cathedral of St Peter in Geneva

All our apartments in Geneva 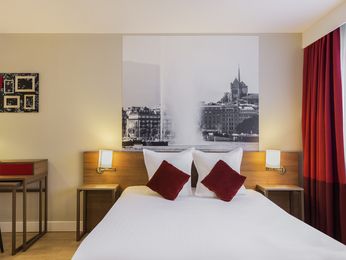 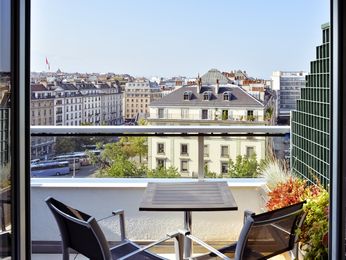 A partir de
£134.29
£141.36
Show prices
You may be interested in
Enjoy holidays in Geneva between lakes and mountains

St Peter’s Cathedral in Geneva has a very long and interesting history. Excavations under the church in 1976 revealed that it dates back to around the 4th century. The squat Romanesque church that currently sits in the centre of Geneva dates from 1160 when building started. It is probably best known as the place where John Calvin preached turning the church into the centre of Protestantism. The interior especially has to be seen and the architecture is a real blend of additions from the various centuries – for example, the two square towers on the east end don’t match and there is a vivid green spire sitting on top of everything that was added in the 1800s. The Chapelle des Macchabees was added in 1397 and in 1750 the Gothic façade was replaced with the present neoclassical design.

However, inside the Cathedral things get a lot more interesting. When the Calvinists took over the church, they stripped it of its staties, altars, furniture and paintings leaving just the stained glass windows remaining untouched. The beautiful capitals in the nave remain which show a variety of mythical creatures and also human figures. The 15th century choir stalls has some fine misericords and were brought from the destroyed Chapelle des Florentins after the Reformation.

The Chapel of the Maccabees was one of the casualties of the Reformation becoming a warehouse and afterwards a lecture hall, then in 1878 it was reconsecrated and richly decorated. In the Rohan Chapel situated northwest of the choir stalls you can see the 19th-century tomb of Duc Henri de Rohan (1579-1638), leader of the French Protestants.

Tucked away at the left of far of the nave is the entrance to the North Tower. If you climb up the 157 narrow, winding steps you will be rewarded with one of the most spectacular panoramic views of Geneva. Either before or after your climb, glance to the side and you will see Calvin's chair, a suitably austere and practical piece of furniture.

Underneath the Cathedral are the archaeological remains that were discovered when the foundations needed attention in the 1970s. The history of the church from its beginnings through the ages can be experienced. A boardwalk has been created that allows you to walk through Roman mosaics, several Early Christian churches and a medieval crypt. There is an audio tour available in English and there are also signs in French and English to guide you through the different eras that are there.