The Grand Place in Brussels

All our flats in Brussels 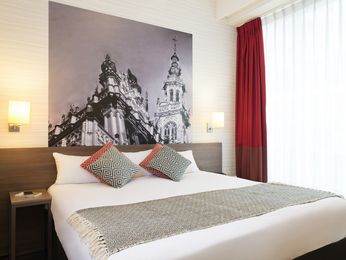 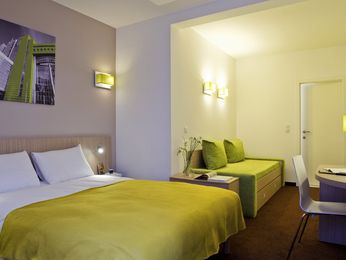 The Grand Place in Brussels is reputed to be one of the most beautiful squares in the world. It is located in the heart of the European capital. Its sumptuous and ornamental architecture makes it a jewel among the squares of Europe. The Grote Markt has seen many demolitions and reconstructions in its history since the Middle Ages, between bombings and fires, and has been rebuilt over the centuries. From the medieval period, only the façade and the tower of the Town Hall, in classical Gothic style, remain. The buildings and monuments that surround the square are of various styles, but they blend together so harmoniously that the whole is a homogeneous architectural success. Among the best known are the Town Hall, the King's House, which today houses the Town Museum, and the Brewers' Museum. The square is surrounded by rich houses that were built in the 18th century by various trades guilds, bakers, cabinet makers, boatmen and haberdashers... It was classified as a World Heritage Site by UNESCO in 1998. Some of the guild houses have retained their historic appearance and have changed little since the 18th century. Others have been converted into cafés, shops or restaurants. The square has always been centred on trade and commerce. It is a lively and animated square that hosts many events and demonstrations throughout the year. Every other year, in even-numbered years, it is decorated with a gigantic carpet of flowers measuring more than 70 by 20 metres. Every Christmas it is adorned with a Christmas tree and lights, and is also the setting for many concerts and events. Among the historical features to see, the Brussels City Museum, housed in the King's House, displays a collection of the wardrobe of the Manneken-Pis, whose fountain is just a stone's throw from the square. The statue is regularly dressed to honour various professions. The house where Victor Hugo went into exile can also be found on the Brussels square.

You may be interested in
Brussels: Discover the Heart of Europe