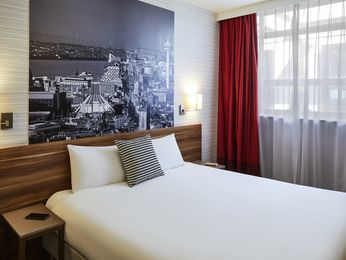 Liverpool is well blessed with tourist attractions and especially museums and art galleries. The top rated 5 Liverpool museums are the Walker Art Gallery, LFC Museum, Museum of Liverpool, Merseyside Maritime Museum and The Beatles Story. The Walker Art Gallery is situated in the centre of Liverpool, not far from the Albert Dock. It has a huge collection of art from the 15th century to the modern day. It is extremely well laid out and you can follow a timeline or a particular interest or switch from one to another as you wish and everything is clearly labelled (both rooms and works). Open daily from 10am to 5pm.

The LFC Museum is probably on the must see list for any Liverpool Football Club fan. The Museum is newly opened and features memorabilia from some of the club’s great managers and players. It is worth going on a non-match day as then you can take the tour of the ground as well. Entering through the player’s entrance you get to see the changing rooms, interview room and the dug out where the players sit.

Described as the world’s first museum devoted to the history of a regional city, the Museum of Liverpool is free and a great family day out. If you want to see a life sized Liverbird, one of the first Ford Anglia’s to be produced at the Halewood plant, the stage where Lennon and McCartney first met or the Lotus sport bike that netted Chris Boardman his Olympic wins, then this is the museum for you. Open every day, down on the waterfront near Albert Dock.

Albert Dock and the Merseyside Maritime Museum tells the story of Liverpool’s maritime history from the founding fathers sailing to America, the building of the Lusitania, Titanic and the forgotten Empress through to the vital role played by the Merchant Navy in the Battle of the Atlantic in the Second World War. The museum is set over four floors and there are also visits to Liverpool’s Old Dock, the Edmund Gardner pilot ship and the three masted schooner, the De Wadden.

The Beatles Story is spread across two sites; the main one is situated at the Albert Dock and traces the history of the Fab 4 through their music, culture, life and times. A special exhibition situated 10 minutes’ walk away is entitled “Elvis and Us” and has been mounted in conjunction with Gracelands. It looks at how the Beatles were influenced by the King of Rock n Roll.

You may be interested in
A weekend break to Liverpool, a City of Culture
Weekend Break to Berlin, a Human Sized City